It was just a tiny bite at the end of the meal, a demitasse half filled with sweet corn porridge flavored with coffee and Mexican chocolate, the spices and scents so familiar from childhood, reinforced with heavy cream to flood the palate. In an instant the warm atole, served with a pig-shaped gingerbread cookie –an homage to a panaderia treat–transported me back to San Antonio. When-o-when will Taco Maria start serving more substantial desserts? tacomaria.com –Anne Valdespino 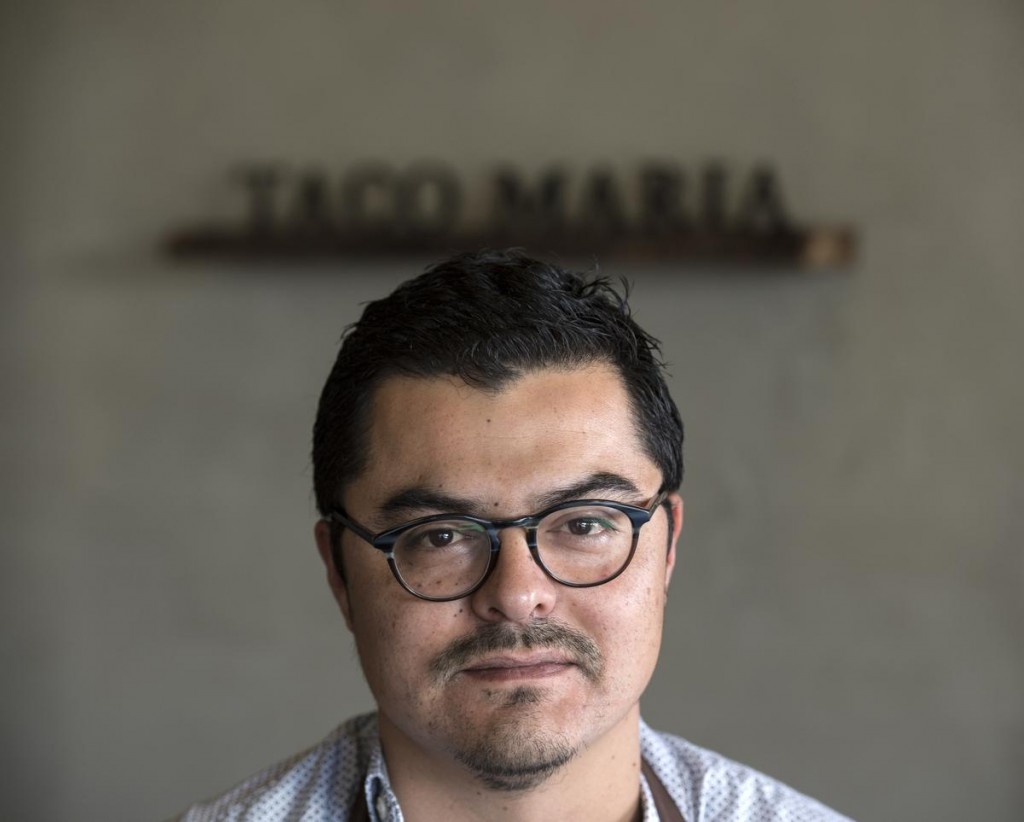 Carlos Salgado doesn’t see borders. Or, rather, 2016 is the year he feels more comfortable crossing them.

It’s something he does both literally and figuratively as one of the main flag-bearers of Alta California cuisine, a creation of Mexican American chefs in Southern California who, in the last few years, have been fusing the skills and techniques honed in California’s fine-dining kitchens with the flavors and pride of their Mexican roots.